If you’ve watched High School Musical and loved the voices of Zac Efron and Vanessa Hudgens, you’ll love Better Nate than Ever. It is yet another brilliant creation by Tim Federle, and it carries one of the simplest musical plots that makes for a captivating watch.

Better Nate than Ever stars Rueby Wood, who plays the role of Nate Foster. The film, which came out of a novel that Tim Federle wrote in 2013, is an endearing love story for theatre kids. From the story to the music and the theatre, this article will tell you everything you need to know about Better Nate than Ever.

Something to Whet Your Appetite

Nate Forster is a young teenager who wanted the lead role in his school play, but unfortunately, he doesn’t get it. He’s disappointed, mainly because his entire life is spent rushing through the fantasies of becoming a Broadway star.

Since he was at a low point, his friend Libby (played by Aria Brooks) convinces him to go to New York to audition for Lilo & Stitch, a Broadway musical. Without letting any of their parents know, they first meet up with Heidi (played by Lisa Kudrow), Nate’s aunt. She signs off Nate’s audition, even though she and Nate’s mother are estranged. What follows is the story of Nate becoming a musical star.

What The Film is All About

Tim Federle, the crew, and the cast show a great deal of passion throughout the film. You’ll notice how well they respect the craft and how excellently the energy radiates throughout the show.

Rueby Wood, the lead actor, delivers the persona of Nate and his Broadway so excellently, something that gives the entire film a great touch of love. The warm exuberance with which Wood plays Nate will make you root for him.

The guy is confident in what his voice can do, and the only thing that holds him back is his strained relationships with his family. For example, he thinks that his older brother doesn’t support him. But, surprisingly, their strained dynamic is what makes Nate’s spotlight moment better. What mastery of writing by Tim Federle!

Why You Will Love “Better Nate than Ever”

The film carries infectious energy, and when the music and acting intertwine, Better Nate than Ever wins over many theatre lovers. Even though the music sometimes splits characters and their roles, the musical parts uplift the film.

You’ll tap your feet when watching, and the story will pull you in. The charm, the friendships, the relationships, and the art of musical theatre will give you the best, most entertaining experience. 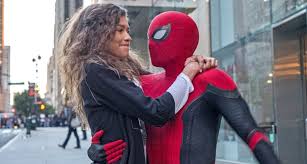