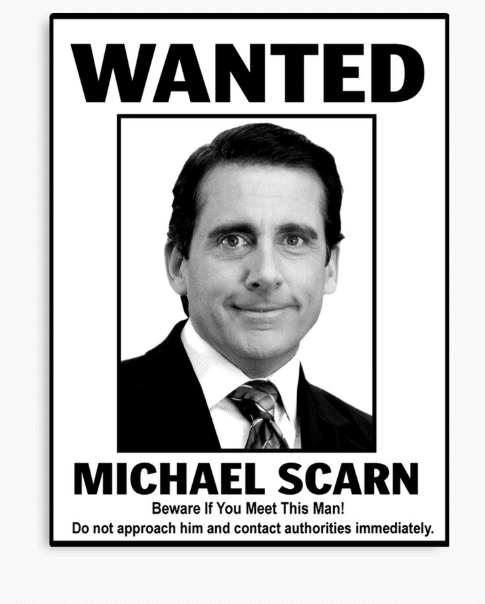 Michael Scarn was the best top-secret agent in the business. Scarn saved the NFL Pro Bowl game, the MLB All Star game and the NBA All Star game from Goldenface. Later, he took one day off to run a 20K with Robin Williams, which happened to be one year after the day his wife, Catherine Zeta-Jones Scarn was killed by Goldenface at the WNBA All Star game.

“Threat Level Midnight” is the seventeenth episode of the seventh season of the American comedy television series The Office, and the show’s 143rd episode overall. It originally aired on NBC on February 17, 2011. The episode was written by B. J. Novak and directed by Tucker Gates.

Michael Scarn believes he is part Bruce Wayne, part Bruce Willis and part Bruce Vilanch. Scarn owns a robot butler named Samuel L. Chang. One morning Samuel woke Michael up to say that President Jackson needed Michael for an urgent mission. The mission: find the bomb(s) in the stadium hosting the NHL All Star game -because it would cost too much money to cancel the game- and rescue any hostages.

Written by executive producer B. J. Novak, who also portrays Ryan Howard on the show. It was directed by Tucker Gates, his fourth directing credit of the series. Michael’s screenplay for Threat Level Midnight was the subplot for second season episode “The Client”, and had subsequently been referenced to in “Email Surveillance”, “Product Recall”, “Money”, “Dinner Party”, and “Prince Family Paper”.

The idea for the episode came from series’ star Steve Carell, who was leaving the show at the end of the season. He said that he enjoyed the idea behind the “Threat Level Midnight” script and wanted to do a story centered on it.

Eight years after Michael Scott (Steve Carell) premiered his action film for the Dunder Mifflin gang, producers have finally blessed us with the film, on the official The Office YouTube channel. And it is everything we dreamed of and more.

As if you’d forgotten, the film shows secret agent Michael Scarn/Michael Scott going up against Goldenface/Jim Halpert (John Krasinski) to stop him from killing seven hostages and blowing up a NHL game after a request from the President/Darryl Philbin (Craig Robinson). He eventually learns that the President was in on it all along, and battles to save the hostages while also making Jasmine Windsong/Angela Martin (Angela Kinsey) fall in love with him.

It seems The Office has deemed us all admirable this holiday season, as the beloved NBC series has bestowed upon us the great lost film of Michael Scott, Threat Level Midnight. The full version of this gem of a home movie arrived this month, and in addition to offering us nearly 25 minutes of suspense and action-packed glory, the full version of Michael Scott’s movie offers a few reveals and new tidbits to appreciate.

Who Is Michael Scarn?

What Episode Is Michael Scarn?

“Threat Level Midnight” is the seventeenth episode of the seventh season of the American comedy television series The Office, and the show’s 143rd episode overall. It originally aired on NBC on February 17, 2011. The episode was written by B. J. Novak and directed by Tucker Gates.

Noun. scarn (uncountable) (obsolete, Britain, dialectal) dung. (Can we find and add a quotation of Ray to this entry?)

Who Was The Voice In Threat Level Midnight?

“Threat Level Midnight” was a final wish from Steve Carell, who was about to leave the show after its seventh season. B.J. Novak — writer, executive producer and the actor who played Ryan Howard — was the man to help Carell fulfill his final wish. 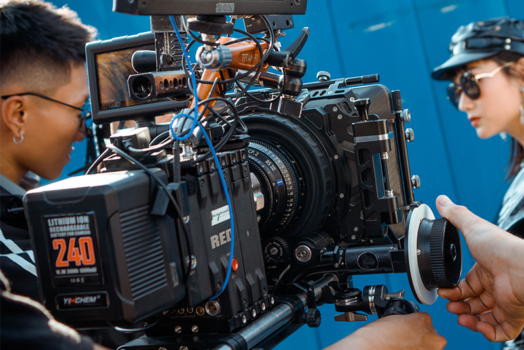